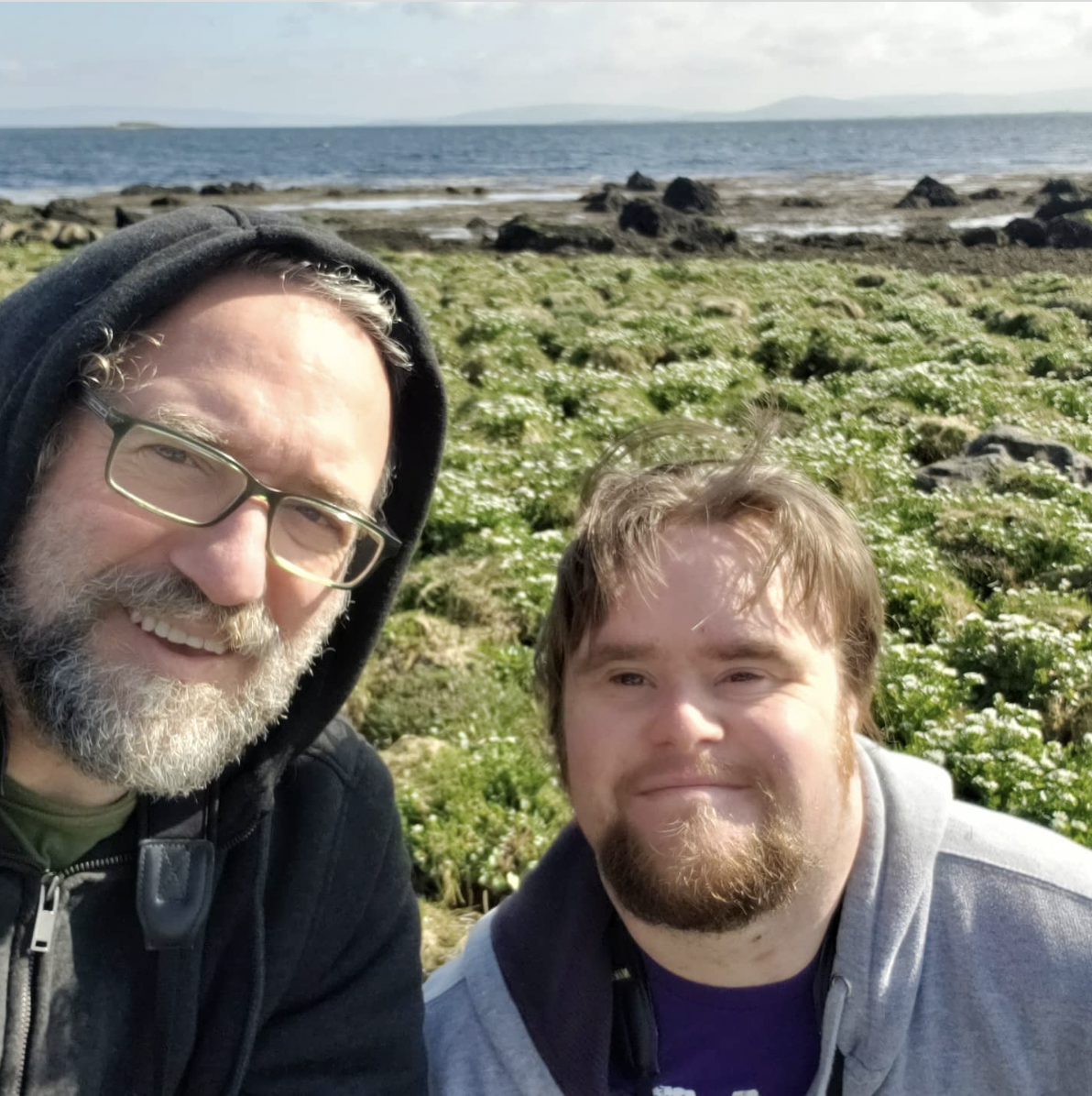 Each month we highlight one of our incredible Community Partners, sharing the story of organisations doing amazing work on reducing food waste and connecting individuals through food all over the country.

This month we are proud to feature the work of FoodCloud Community Organisation Partner, Fionnathan Productions, a community organisation partner who is building relationships in their community using food they receive from FoodCloud.

"We are a son and father team, and we have a social enterprise that works in education, media and the arts. But really, we are all about helping Fionn have a great life, about building community, and about healing the world. That’s why FoodCloud is such a good fit for us. Like most of our projects, we started by looking at our own situation to solve our own problems."

"Fionn, who had Down syndrome, is living independently with support. He rents his own apartment in Galway City and is learning all that it takes to live independently so that he can contribute meaningfully to living interdependently. Part of his independent living training is preparing his own meals. He even thinks he could teach cooking classes one day, as his mother has done, thereby helping others with their independence."

When Fionn brings food around, people sometimes want to give him some food in return, dishes they have prepared with the ingredients he provides. . .He never says no, because giving a gift is just as much a human need as receiving gifts.

"Apartment living can be lonely, and it’s weird that this is the case. You’re surrounded by people, but you may not feel part of it. You want to say hello to the neighbours, but you need something to break the ice. Fionn is more courageous in reaching out than most of us, turning strangers into friends – he just needs a vehicle to make the introductions. That’s where the Red Wagon Delivery service comes in. We canvased the area to find out where people who would appreciate the extra food live. Many are single-parent households. Some of the food we glean has gone to a childcare centre, some to community gatherings such as neighbourhood picnics."

When Fionn brings food around, people sometimes want to give him some food in return, dishes they have prepared with the ingredients he provides. In our area of Galway City, nearly 50% of residents were born in another country, and the cuisines are varied. He never says no, because giving a gift is just as much a human need as receiving gifts. And we have been very fortunate with the amount of reciprocity we’ve found in our neighbourhood. Others in our network will pick up the slack if we’re away on the day of a pick-up and coordinate a texting network to inform everyone when there’s a bonanza to distribute."

Creating a re-distribution network from scratch shows what average citizens can do: cut down on the ridiculous amount of food waste our system produces and build a sense of community by meeting our neighbours and supporting each other.

Now the neighbours feel less strange to us, and we to them. We call out hello to the people watering plants on their balconies. We stop for a quick chat when we’re walking the trails in the nearby woods. Through these connections, Fionn has engaged in dog walking and pet sitting, and he found that moving from one apartment to another is much easier with many hands. When we’ve needed help with painting the walls, when our computer needed fixing, even when he needed some drama coaching for a TV show casting call, we’ve found people who are happy to help."

"Fionn has amassed a large amount of social capital, spending it to help getting things in his life accomplished. Creating a re-distribution network from scratch shows what average citizens can do: cut down on the ridiculous amount of food waste our system produces and build a sense of community by meeting our neighbours and supporting each other. We think people feel better here now, more woven in with the others around them. That’s got to be a good thing. "