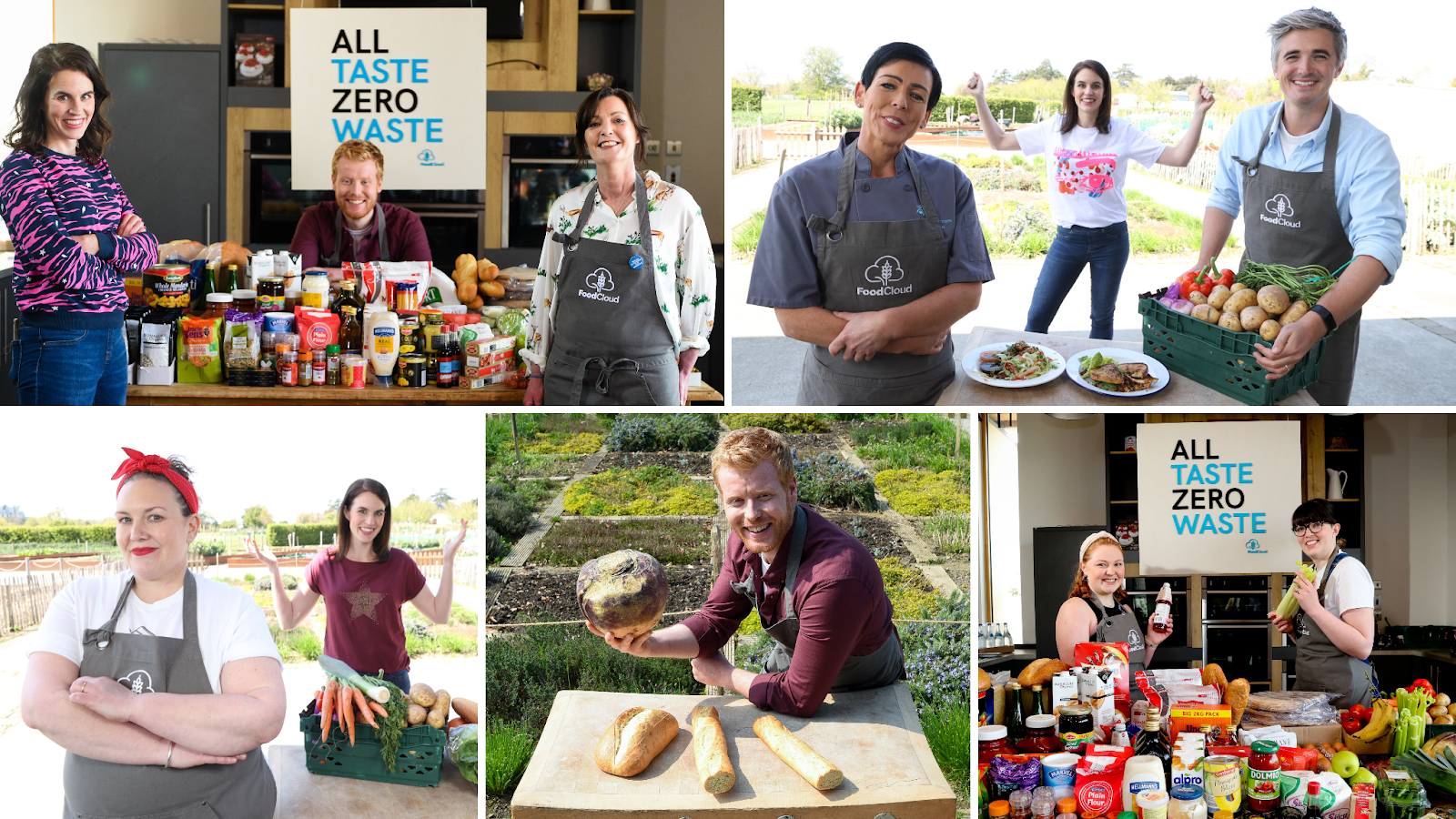 FoodCloud - the non-profit social enterprise which connects businesses that have surplus food with charities and community groups that need it - has partnered with some of the country’s leading chefs for an online series to drive awareness of the huge problem that food waste poses in Ireland, and internationally.

As a nation, Ireland currently generates 1.27 million tonnes of food waste annually, with the average family throwing away €700 - €1000 of food each year. Despite this, food insecurity is a very serious issue affecting communities nationwide.

Global food production accounts for around 35% of all greenhouse gas emissions, 8% - 10% of which are directly related to food waste - a staggering four times that of global aviation emissions. And, according to Project Drawdown’s 2020 research study, reducing food waste has been identified as the number one most effective way of fighting climate change. Yet, despite all of the evidence to support this argument, the subject of food waste was controversially ‘frozen’ out of talks at the recent COP26 Climate Change Conference in Glasgow.

FoodCloud's new ‘All Taste Zero Waste’ series seeks to put food waste back on the agenda by highlighting the importance of saving valuable surplus produce from landfill and the positive impact that this will have on the environment.

Aided by funding from the Department of Agriculture, Food and the Marine, the social enterprise has teamed up with a number of charities and top name sustainably-focused chefs to help amplify the message. Across six episodes, Mark Moriarty, Jess Murphy, Donal Skehan, Eric Matthews, William Murray, and Holly Dalton, all share their knowledge and expertise to help inspire positive change in homes and professional kitchens across the country.

‘All Taste Zero Waste’ also focuses on sharing the stories of the Charity Chefs who use surplus ingredients supplied by FoodCloud daily to feed thousands of service users all over Ireland and talks about the positive impact that this work is having.

All of the series content, which has been created by production company, Appetite Media, and filmed on location at urban farm, Airfield Estate, in Dundrum, is available to view now via FoodCloud’s website.

Each ten-minute-long episode is presented by FoodCloud’s Co-Founder, Aoibheann O’Brien, and sees a food industry A-lister and a chef from one of the social enterprise’s charity partners go head-to-head in a ‘Ready Steady Cook’ style challenge. Both chefs are given thirty minutes to produce a dish off-the-cuff using a range of surplus ingredients supplied by FoodCloud. Throughout the contest they provide helpful hints and tips on how everyone can contribute to reducing food waste and, at the end of the challenge, a guest diner is brought in to judge their food and announce the rightful winner - with some very surprising results

Commenting on the launch of the ‘All Taste Zero Waste’ series, FoodCloud’s Co-Founder, Aoibheann O’Brien, said: “Tackling food waste has been ranked by Project Drawdown as the number one solution for reversing climate change. To tackle this critical climate issue, we must first drive awareness of the problem, which is why we are so proud to be launching FoodCloud’s All Taste, Zero Waste content series. We are thrilled that so many celebrity and charity chefs from around Ireland have come together to raise awareness of the issue of food waste in an engaging and entertaining way, and we are grateful to the Department of Agriculture, Food and the Marine for the funding to support this important initiative.”

Minister for Agriculture, Food and the Marine, Charlie McConalogue T.D commented“Food waste is an area where every kitchen table can make a meaningful impact on tackling climate change as it is responsible for 8% to 10% of human emitted GHGs globally. This is four times the emissions from global aviation.  Ireland is a leader in the space and has committed to reduce the amount of food we waste. As a nation we are taking action through supporting organisations like FoodCloud under this annual food waste grant initiative. I am delighted to see the launch of this campaign and I encourage all food businesses and consumers alike to get involved to make sure that no good food goes to waste.”

All six episodes are available to view online now.

FoodCloud (CHY 21177) was established in 2013 by Iseult Ward and Aoibheann O’Brien. FoodCloud is a not-for profit social enterprise working to tackle the twin issues of food waste and food security by redistributing surplus food from the food industry to a network of charity and community partners

FoodCloud’s ambition is to make food redistribution to charity the norm in Ireland and beyond. FoodCloud’s technology solution connects retailers directly with local charities to donate food on a daily basis, while their warehouse solution rescues large volumes of surplus food and redistributes them to charities and communities across Ireland.

FoodCloud works with several government departments such as the Community Services Programme, the Community Work Placement Initiative, and the FEAD Programme. FoodCloud was the first recipient of funding under Rethink Ireland’s Growth Fund. This Fund is supported by both AIB and the Department of Rural and Community Development from the Dormant Accounts Fund.

To date, FoodCloud has redistributed 67,000 tonnes of surplus food across their two solutions in Ireland, and internationally. This is the equivalent of 160 million meals - 40 million in Ireland alone - and 214,000 tonnes of Co2-equivalent avoided.

Food waste causes four times more carbon emissions than global aviation. As wasted food rots, it emits methane, a powerful greenhouse gas which, according to the UN, has a 100-year global warming potential 25 times that of CO2.

Food waste is responsible for 8% of human emitted GHGs globally but it is ranked as the number one solution for reversing climate change. For every kg of food saved from landfill, 3.2 tonnes of CO2 emissions are avoided.